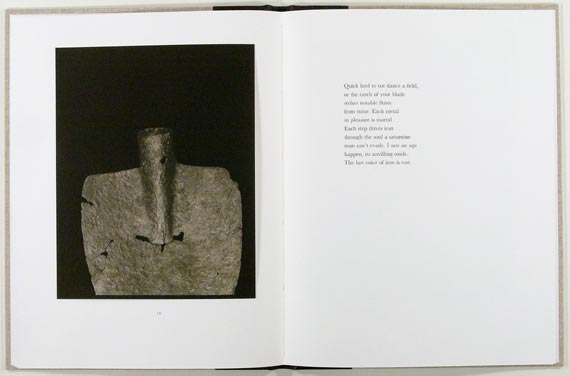 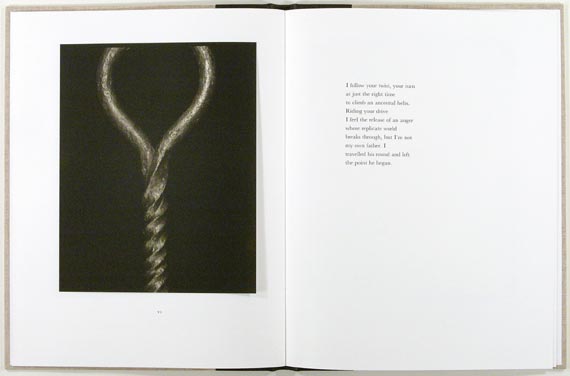 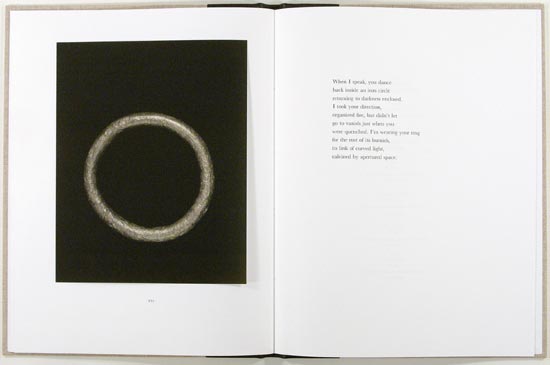 Hand-forged iron and photography meld together to create a body of images honoring the simplicity and function of blacksmith-made objects. Making the book began when New Brunswick visual artist and printer, Thaddeus Holownia, examined a collection of nineteenth-century, blacksmith-made artifacts assembled by Peter Sanger, the Nova Scotian writer and editor. Sanger had discovered many of these artifacts where they had been cast aside, often buried on abandoned sites of farms, smithies and shipyards.

Holownia chose a number of these artifacts to study and selected seven: an axehead, a rigging eye, a spade, a pair of calipers, a ring, a launching wedge and a measuring device known as a traveller. He made photographs of these objects using 8×10 inch negatives, in black and white upon a black background against which they float, fall or climb, which they manage both to define and transcend. These images also meditate upon time, cultural change, sight, movement, stasis, containment, release and the alchemy of artistic processes.

Holownia’s photographs and Sanger’s poems change the crude metal of the obsolescent and rejected into elusive tangibilities of light and dark. 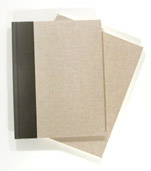 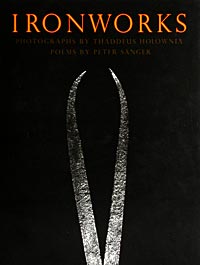